Section 7. Summary of the Year

In order to organise our thoughts Kal and I came up with some questions the answers to which we hoped might summarise the way that year has gone for us – what were the bits we expected, what exceeded our expectations, and which things arose to meet us on this path that we didn’t anticipate? Here are my answers to this year’s questions.

What did I think I was going to learn?

By the summer of 2009 I had already established to my satisfaction that there was a difference in the strengths of energies at the Spring Equinox and Summer Solstice. I was sure that there was more powerful sun energy (i.e. stronger male energy) at the Summer Solstice. The Spring and Autumn Equinoxes were very similar in strength, and were a balance of male and female earth energies. At the Winter Solstice the male energies were very weak, as was the Sun. The female energies fluctuated only in relation to the strength of the Moon and the input from nearby trees, again weaker in Winter.

Determining any objective means of measurement was difficult, as our own energy levels seemed to be a factor in how well we could dowse or do energy work at a site, however a scale of measurement (strength from 1-10) seemed to work for the purposes of obtaining some data that could be compared between sites. The solstice and equinox dates depended upon the quality of the Sun to determine the amount of additional energy was at the site compared to our visits to them on other dates.

The Celtic Festival dates (Lammas, Beltane, Samhain and Imbolc) in between those times were much harder to figure out. These dates seems to depend upon the position of the Moon for their effects upon ancient sites., rather than the Sun’s effect. I will be posting much more on this soon, complete with a table of the relative energy levels at various sites dowsed this year.

Further theories have emerged concerning the operation of energies at stone circles and other sites too. See the Earth Energies and Ancient Sites Summary posts for details on those.

We have kept a weather-eye on the geology of sites whilst dowsing this year. It started for me in Carnac when I discovered that the stone rows were placed along a shelf of rock quite different from the surrounding geology of the rest of the nearby coastline. We have concurred with the popular dowsing theory that geological faulting is important to the situation of ancient sites, as is often the presence of water, but we do not wholly agree with the necessity of water (or a ‘blind spring’ formation) being present at all ancient neolithic sites. Some major sites such as Stonehenge and The Rollright Stones do have this water formation, however, and we think these popular sites may have led to the popularity of the idea amongst the dowsing fraternity that such a formation is necessary to a strong energy site. We do not find this to be true.

What’s been the surprise? That I have managed to really stuff up some potentially good magick work. It’s down to focus, attention and retention. Sometimes I get distracted and lose it, and that really annoys me, because I instantly know I’ve messed it up. In particular the way that songs stick in my head – I must learn to make use of these repetitive refrains instead of allowing them to detract from my connection with Nature and the natural energies. 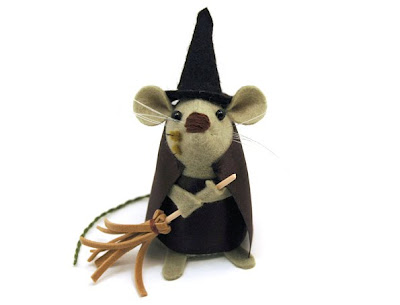 What has taken me in a new direction?

There has been a general trend this year going from only dealing with absolutely rational subjects and trying to be very objective in terms of the dowsing, and by the end of the year this had changed dramatically. What happened was that, every time we dowsed a subject or a line of enquiry that we were sure would be proven to be irrational nonsense we ended up finding something within the topic that actually had a viable and sensible basis. For example, tarot cards – seemingly nonsense when we approached the subject, but then turned out to be spookily accurate and often useful to reveal information that dowsing couldn’t provide.

We were then led through many such subjects, each more esoteric than the last, and were able to obtain something useful at the core of each branch of study. If we had plotted the course at the start of the year we would never have followed that path, because we would have viewed then endpoint as so absurd and different from where we started that we would never have started the journey!

Researching subtle energies via dowsing has led us to many new areas that we had previously cordoned off or refused to accept. We have been forced to re-visit several concepts that we had initially ridiculed, as many of us still do. New subjects that we have found some value in, against our expectations:-

I must stress how difficult it has been to accept all of this. Kal and I pride ourselves in being very open-minded, and yet still these concepts have been incredibly difficult to accept. We, even now, baulk at the way such concepts are commonly understood and represented in our culture. We still retain a certain amount of skepticism and difficulty in dealing with these areas of our lives. We are both highly aware of how mad it makes us sound, and yet the evidence to us is incontrovertible, and essential to progress. Denying this stuff would be to seriously curtail our ability to learn about subtle energy in all the forms we have detected it. It would, of course, be very easy to stop at this stage and simply remain everyday dowsers, but we both feel there is more to be leanred by pushing the boundaries and working across disciplines.

Which avenues of investigation have I closed off?

At the moment I wouldn’t say I have closed all of the following research areas off, rather that I have got no requirement at the moment to use them, or plans to investigate them further at this stage. They were all interesting experiments and have all proved to be of some worth, even if I feel no need to work on them further right now.

This year I gained the assistance of five spirits, which can be categorised according to the schema of Jac D Hawkins’ series of books as: Earth, Water, Air, Fire and Aether. These sentient beings have already begun co-operating with my work, and I hope that with their help I can take the concepts I have learned so far and move way beyond the dabbling I have done so far, and begin to work more profound changes in a direction of my choosing.

So much knowledge gained! Not necessarily in the areas I expected. I think the most difficult thing has been dealing with all those esoteric subjects that I had decided were worthless, and discovering that almost all of them have SOMETHING of worth in them, but that this worth needs to be discovered, extracted and protected from the madness that surrounds it. In terms of power, I think I have moved from the BIRCH beginner stage, where I could do very little and where every little thing I did seemed hugely significant, up to the YEW intermediate stage. In this stage my energies have moved from a single thread to a double helix of threads. My ability to work with and to feel energy has increased tremendously, as has the speed with which I can connect to Nature. I am no longer surprised by magic and its effects, rather I take delight in it now. I would say I am on the beginning of a road of exploration of this magical world, and have most of the tools that I need. All I need now is guidance on how to use them appropriately to achieve aims. Oh, and some aims would be helpful too!

I’ve lost my motivation to work with others. As the year has progressed I have become more isolated and “hedgey”. Although I still highly value the input of others into my work, and still enjoy working with you, Kal, I have seen nothing to convince me that anyone else’s input into this work is of value to me, or that anyone else knows better than I do what it is I should be doing. Isolation is, of course, another step towards the label “loner” that always seems to accompany the psychological profile of a serial killer. Certainly wouldn’t look good on my CV, but then I no longer care for CVs, I have a rather different “vitae” to live.

Absolute single highlight of the year

No surprise really, but the visit to Glastonbury consolidated all my ideas about what magic could be, and what effects it could have upon me. I changed from that visit onwards – there was no longer any doubt that this was a path worthy of following, and that it could have profound effect upon me if I took all the factors into account and worked with my intuition. All things seemed possible, and yet I had no idea what was going on – just that I needed to follow whatever arose. Possible thoughts about what I might be doing next year – some places, things and experiences.